Mason’s Schools – A Very Short History
The earliest public schooling in Mason began in 1771 with paying Nathan Coburn for keeping school for 9 weeks and 4 days. He was paid about $1.00 per week for his services. In 1774 the town was divided into four school districts and school houses were built. Schooling continued all through the American Revolution, even though funds were scarce. In 1791 the town was divided into 9 districts and new school houses were built over the next ten years and were named in the order in which they were built with the exception of School #1. During the next twenty years the school buildings disappeared, having burned or been dismantled. In 1809 a new school was built in district No. 2 and again remodeled in 1842. Number 2, or Pratt, was the school of Hon. John Boynton, the donor of Boynton Common School Fund which helped support schools in Mason. 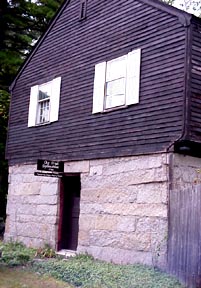 Number 3 school was on Pole Hill continued as a school until about 1850 when John Flagg bought it for dwelling. In that same year, the Stone School House was built, with two rooms, one for primary and one for secondary. During the 1860s when the railroad came through town and the quarries were in production this school sometimes had as many as 114 students with a number of languages spoken. During this time teachers made $7/week plus $2.50 for board. Today the old school is a private home.

School Number 4, which was nicknamed by the kids “Hardscrabble” , was rebuilt after the original school burned in the winter of 1857-8. Scholarship was of a high standard and several students came back as teachers, among them Robert L. Cumnock. The building is still standing, now remodeled as a dwelling.

School Number 5, in the south district was nicknamed “Bangall”. In 1860 its 9 scholars were taught Chemistry, Geology and Astronomy as well as the regular subjects.

The red brick school in No. 6 District was called the “Turnpike” School and was the longest school in use. Built in the 1820s it was closed in 1938 and torn down in 1967.

School Districts Number 7,8 and 9 were in what is now Greenville. When Greenville became a separate town, 6 schools remained in Mason.

School Number 1, rebuilt after a fire in 1818, was painted red and called the Old Square School House on the Hill or simply Center School. By 1870 the school was unfit for students and a new building was purchased. The Center School held three sessions and many students came there from other outlying districts for a fee. Many children worked in the Greenville mills and when they shut down they were required to attend school. The classrooms would be full until the mills started up again and the class rooms would be near empty.  PHOTO BELOW 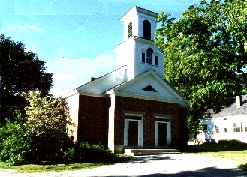